I remember thinking “ I don’t want to grow up like them”.  Sad about bodies, female bodies.  The men didn’t do this.

They didn’t have this longing for freedom from self-rejection that seemed to go along with being an adult female.  The men had more power in my family.  I wanted that.  So I decided to avoid the sadness, the longing, the having needs.

So I learned to dread the scale going up as I grew up.  By 16, I was restricting not because I thought I weighed too much even though I did worry that would happen someday.

I wanted power.  Over being worried.  To be wanted but being able to say yes or no to people without questioning or criticism.  I wanted boys to like me without wanting something from me that  I wasn’t ready to give.

I was 8 when I learned that having a smaller body was preferable.

And when I was tuned in at 13 when all the grown up women around anguished about their rounded tummies and wrinkles.  I knew they were unhappy and felt like “these bodies” were the problem.

By this point I has been bullied for being myself — bright and shiny — for two years.

So I did the masculine way:   I will get you to back off by being so good at everything the culture worships you can’t touch me.

The thing is I didn’t know the power isn’t about control.  I didn’t even hear the word “embodiment” and how that was power until 10 years ago.

What I didn’t have then was the capacity or resources (nor did my lineage) to say, Enough!  It’s okay to be soft physically and emotionally.  To say no.  To feel fully and not worry about what others think.

Boundaries weren’t for the females I knew.  I don’t blame them.  They did everything they did to survive.

But back then as is for many of us now, soft means “weak, vulnerable, powerless”.

We are coming to know that, what my 13 yo self didn’t know how to express, was that by avoiding weight gain, having the body I was meant to have or accepting a female body, was that  I was really trying to avoid:

–A life of self-judgment

–A life of accepting “your place”

–A life of pleasing everyone except myself

We now know my loves that we can excavate the old stories and, piece by piece, be more ourselves again, therefore the power we desire.  No hating or controlling required.

We know that we are not too much. 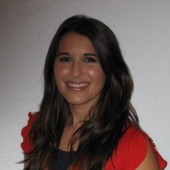 When Diet Talk is Everywhere at Work

Restriction Causes Malnourishment to ALL Body Sizes: the Problem with Monitoring Calories in Medium and Larger Sized Bodies